Last week we visited Buenos Aires and during our stay we also managed to check out the famous district of La Boca (=mouth in Spanish), which is known for its colourful houses and fanatic football fans. This part of town at the mouth of the river Matanza-Riachuelo bursts with liveliness. 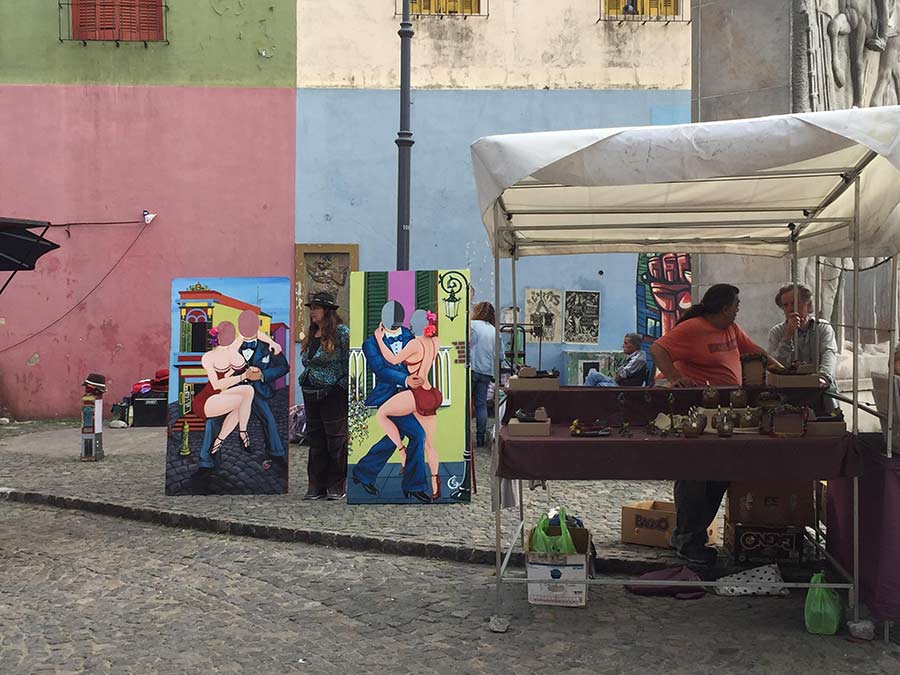 Touristy yet nice to stroll through: the district of La Boca

The Caminito, a little (touristy) walk in the area, lead us past multi-coloured houses and Tango performances while we listened to our guide and her stories about this part of town – a melting pot, where most of the early settlers landed from the Italian city of Genoa. In addition to that, Spanish, French, German, Eastern European and many other nationalities lived together (often in the same room) and communicated mostly in a street slang called Lunfardo.

Tango: a way to communicate

Another way to communicate was through Tango, which was influenced by ancient African rhythms and music from Europe and which started out more like martial arts like Capoeira before it conquered the dance floors of the world. Tango is often referred to as the music of the immigrants of Argentina, as its melancholic lyrics tell about homesickness and unfulfilled love. 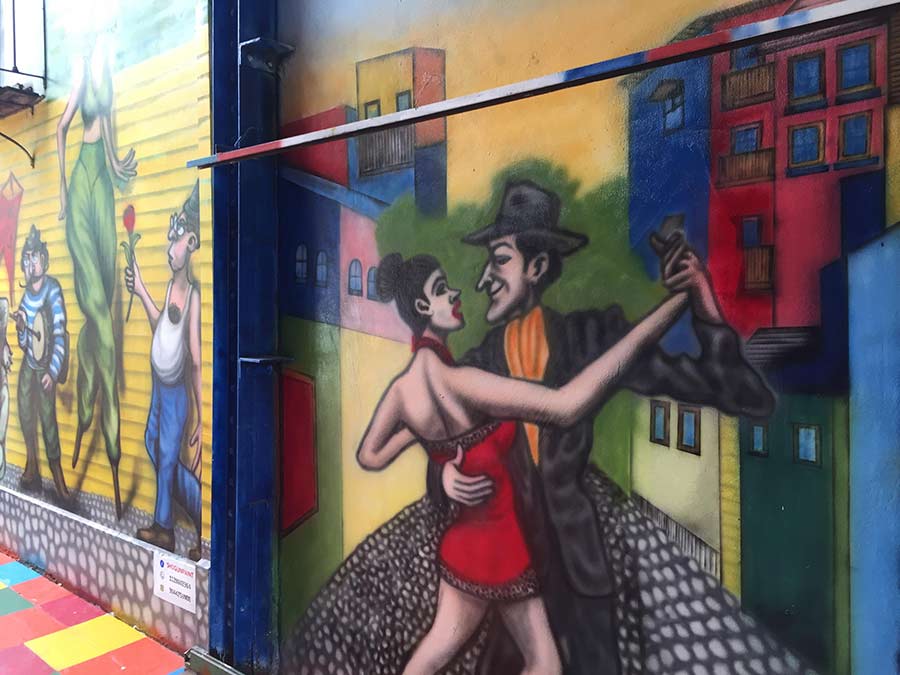 Tango in the streets, Tango on the walls…

There are countless places, so-called Milongas, where locals and tourists can try their first Tango steps in Buenos Aires, whether to take a beginner’s class or to show off your acquired moves during an evening of dancing.

The district boasts of bright colours

One of the most popular painters in Argentina, Benito Quinquela Martín, was born in La Boca. Later in life he donated several of his works to the city of Buenos Aires. He also built a school, a children’s dental hospital and offered his home to be used as a museum. At the age of 84, after 40 years together, he finally proposed to his lifelong assistant Alejandrina Marta Cerruti. They enjoyed three happy years together before Benito passed away. 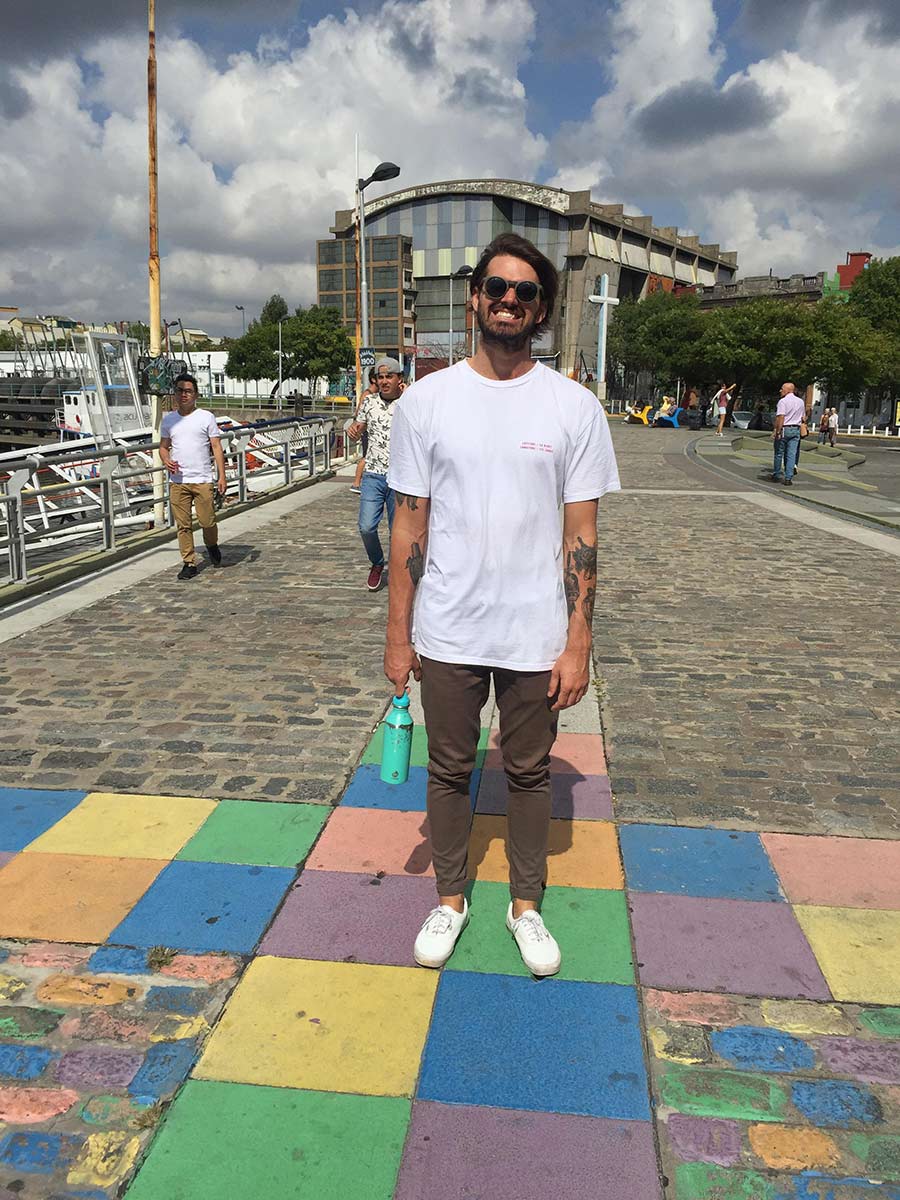 He was buried in a colourful coffin painted by him stating “Quien vivió rodeado de color no puede ser enterrado en una caja lisa.” (He who lived surrounded by colour cannot be buried in a plain box). This is also the quote that visitors of La Boca can find under the statue that was built in his honour next to the river. 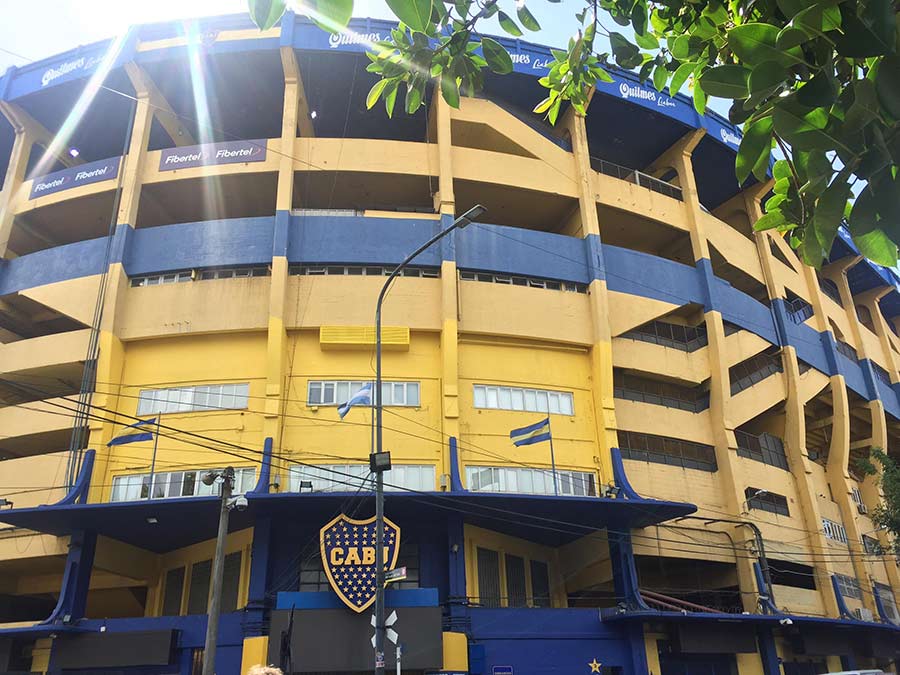 Legend hast it that in 1906, Boca played Nottingham de Almagro and both sides wore similar shirts, so the losing team had to find new colours. Boca lost and decided to play in the colours of the flag of the first ship sailing into the port of La Boca. The ship was Swedish, hence the colours yellow and blue.

I think it’s little stories like these that make a city tour fun and a place memorable. They certainly stuck with me. How about you? 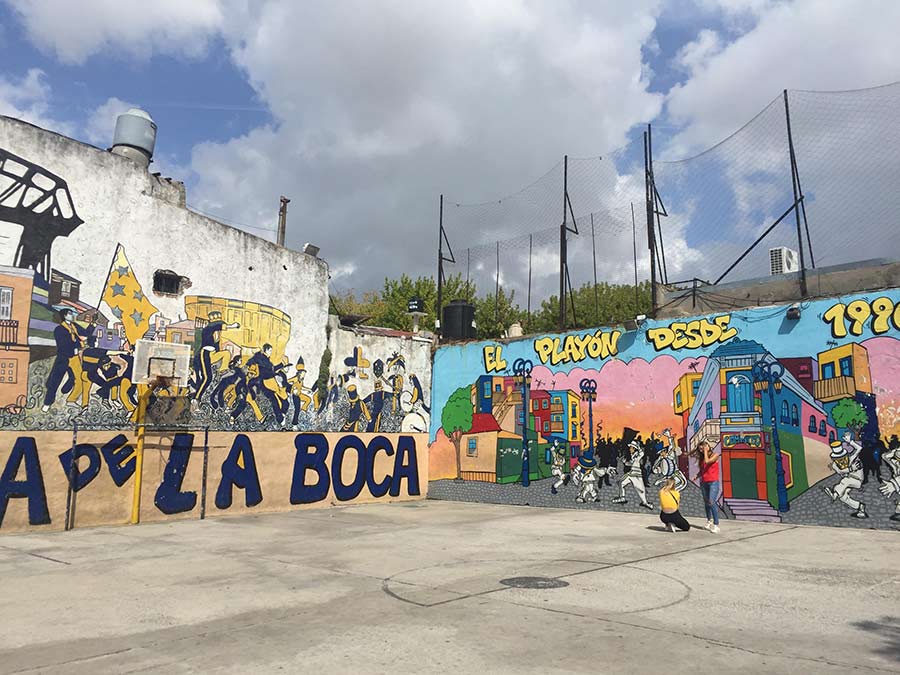 Football and Tango in the streets of La Boca