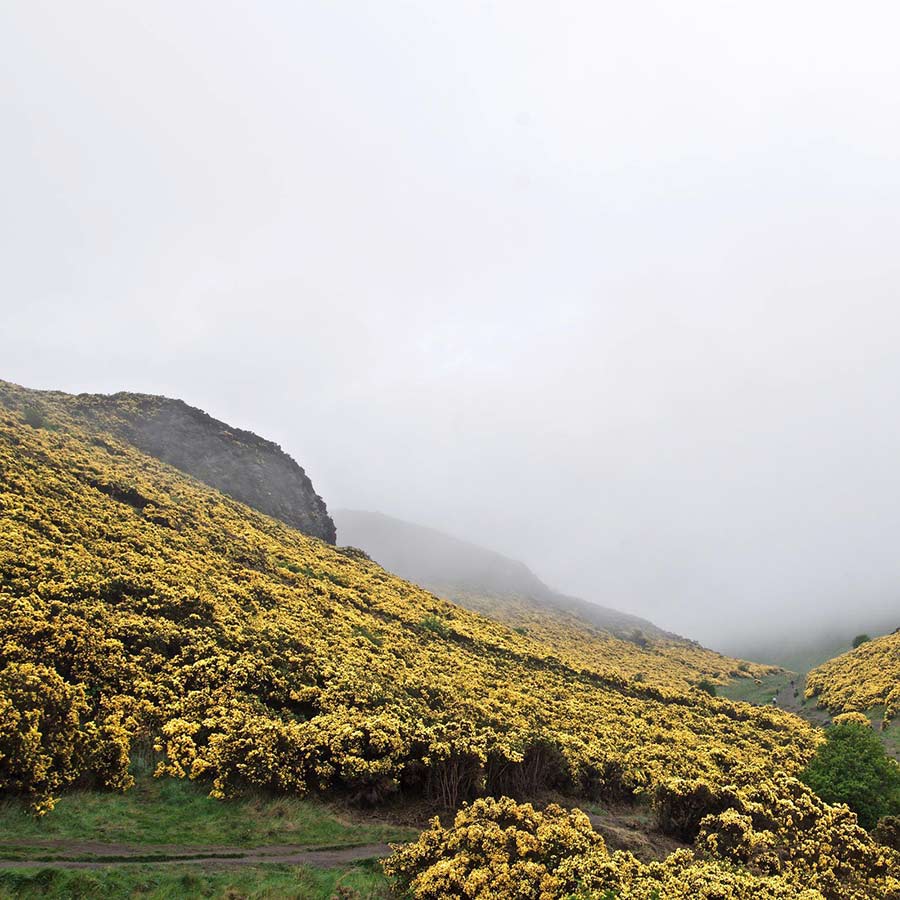 Walking towards Arthur’s Seat in Edinburgh

Last Friday around noon we hopped on a plane to fly up to Edinburgh until Sunday night. It was the first time in Scotland for both of us, so we happily embarked on a full-on tourist adventure.

We walked around the Royal Mile, checking out every shop along the way, and we tried to visit Edinburgh castle but backtracked after we saw the masses waiting outside to buy tickets. To be fair, we must have picked the busiest time and day to do this. We ended up buying some souvenirs in the castle shop, because, even if you don’t go in, you can still get some proof that you’ve been there, right? 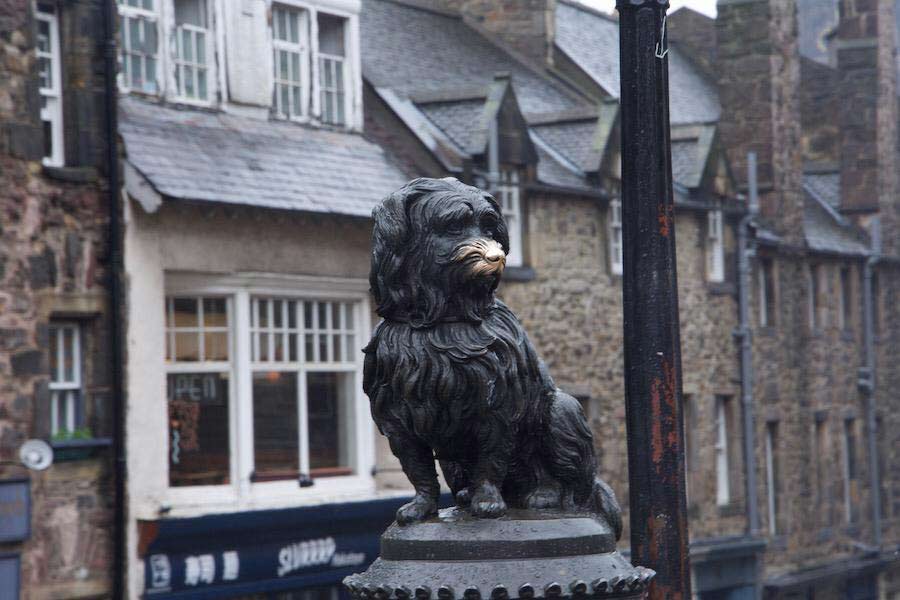 The statue of Greyfriars Bobby

At night we went on a pretty entertaining ghost tour that led us to the cemetery, which is most famous for a wee little dog called Greyfriars Bobby, finally being buried with his master after spending about 15 years by his grave. Along the way, we also checked out the damp, dark vaults of the city at South Bridge.

We admired the pretty spectacular view from the top of Calton Hill and spent hours walking around the incredible National Museum of Scotland. Most importantly, we stopped for some delicious sweets and coffee more than once. 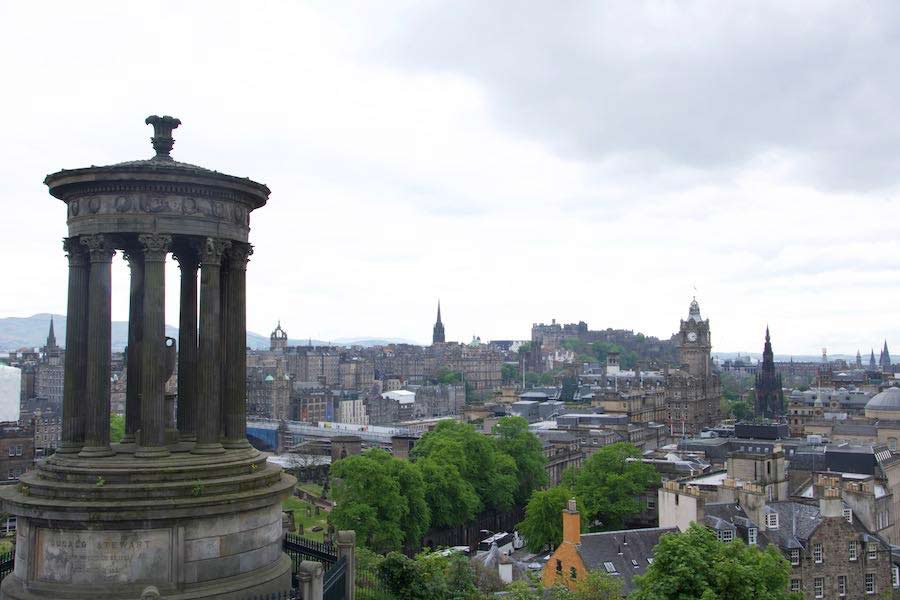 Our views from Calton Hill

Of course, we also tried the typical cuisine, as in haggis. A crumbly dish with peppery flavour from minced sheep’s pluck (heart, liver and lungs) mixed with onion, oatmeal and spices, and commonly served with tatties (mashed potatoes) and neeps (turnip), which we washed down with a wee dram of whisky.

The highlight – our whisky tasting

Speaking of whisky (written without the ‘e’ in contrast to American and Irish whiskey), our whisky tasting on Friday night at a place called the Whiski Rooms was probably the highlight of our weekend trip. It lasted over an hour and involved five different drams of whisky as well an incredible amount of information.

We only shared the table with six other people, and our whisky connoisseur lead us through the jungle of Scottish whisky with countless entertaining stories to go with the facts. 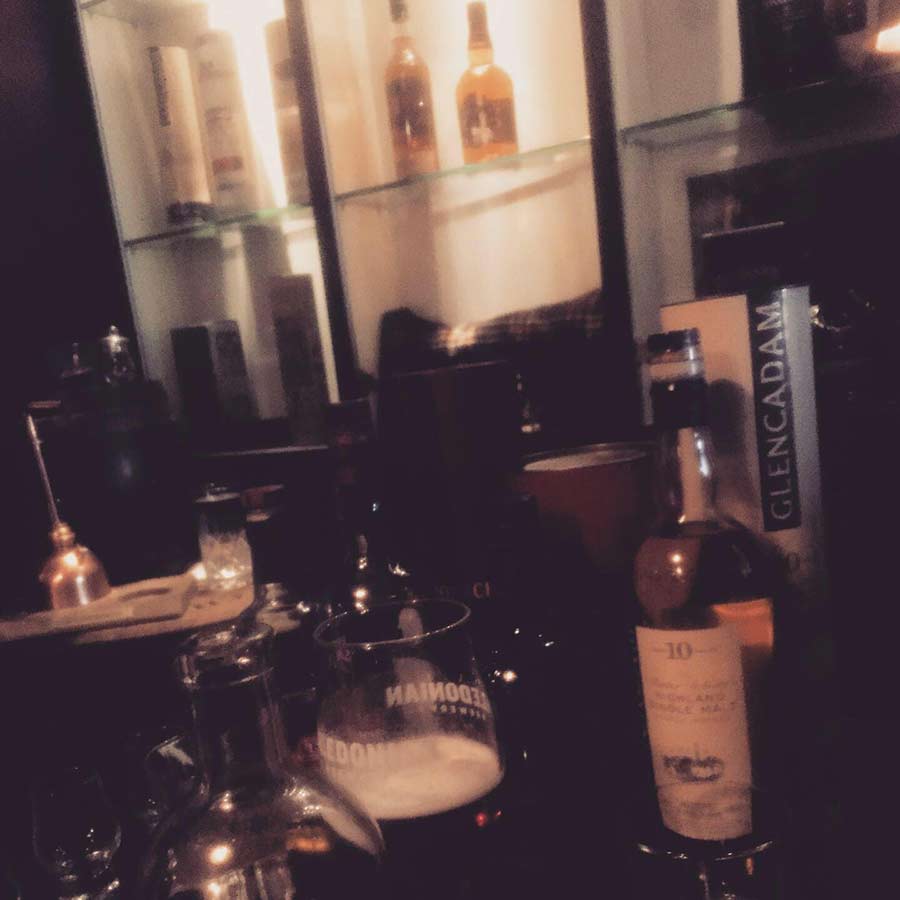 The only (blurry) photo from our whisky tasting

First things first. A single malt Scotch has only three ingredients: Malted barley, yeast and water, but you probably knew that. But what about these little nuggets of whisky wisdom? 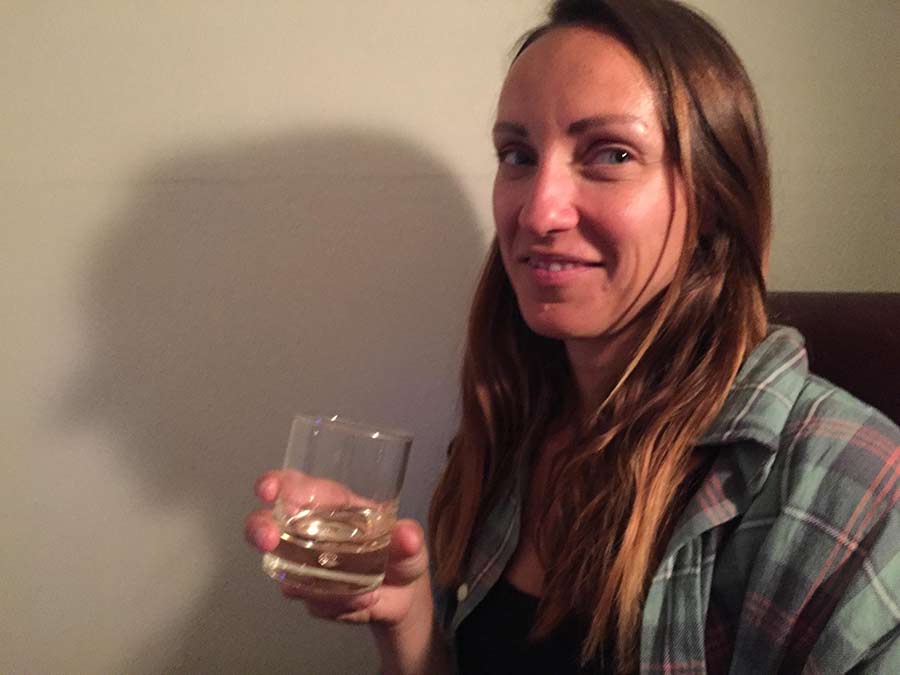 Our Trip to Japan/Australia and What I Learnt From Grieving