You probably know by now that I am a sucker for street art. I just love it. So it was not a coincidence when visiting one of the capitals of street art – Valparaíso (called Valpo by locals) in Chile – that we booked a 2-hour graffiti tour to check out the city’s street art scene. So far, this has been one of the highlights of our trip (next to our bike ride through the Atacama desert).

We met with Sebastian, our friendly tour guide in the morning, and were surprised that we were the only ones on the tour. Off to a good start we started chatting with him and didn’t stop until we said good-bye on top one of the many hills of the city a couple of hours later. 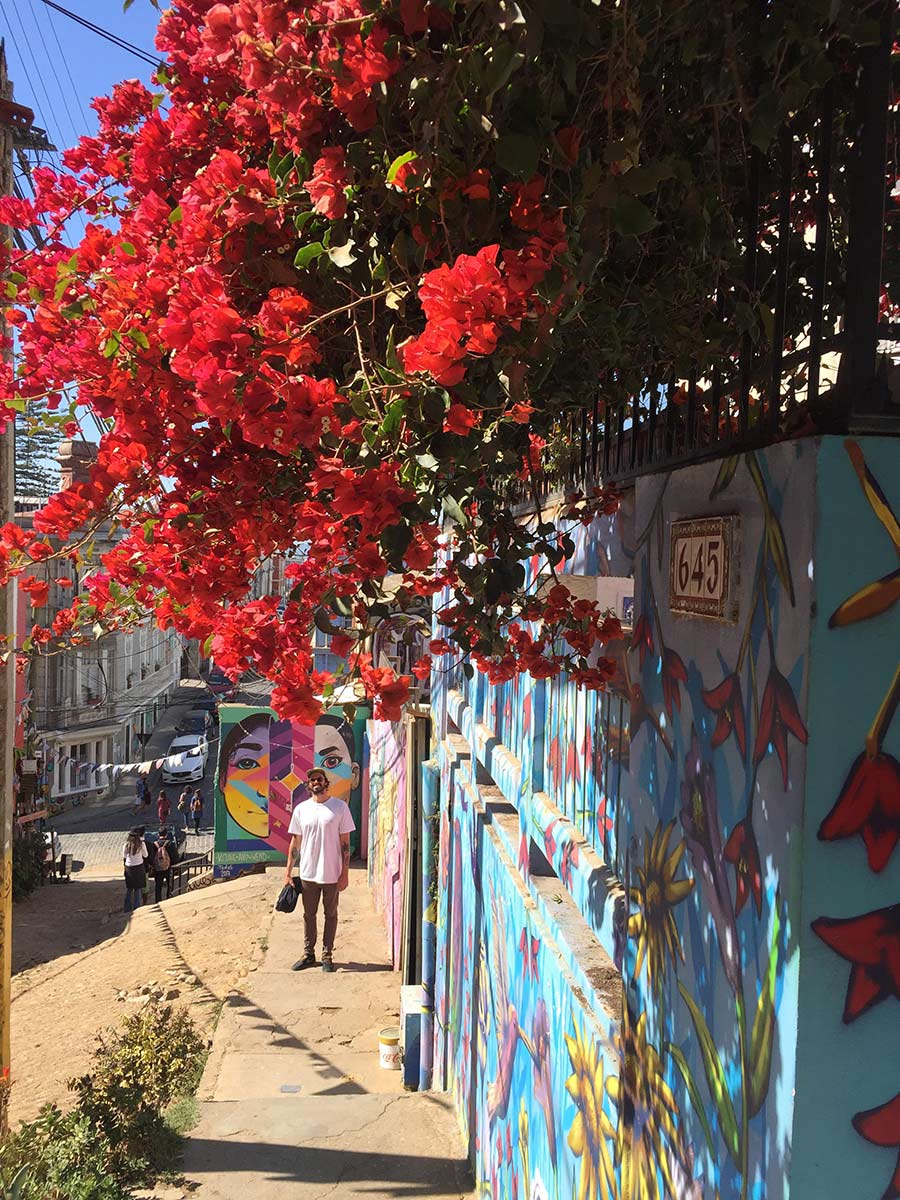 You can just stroll around.. 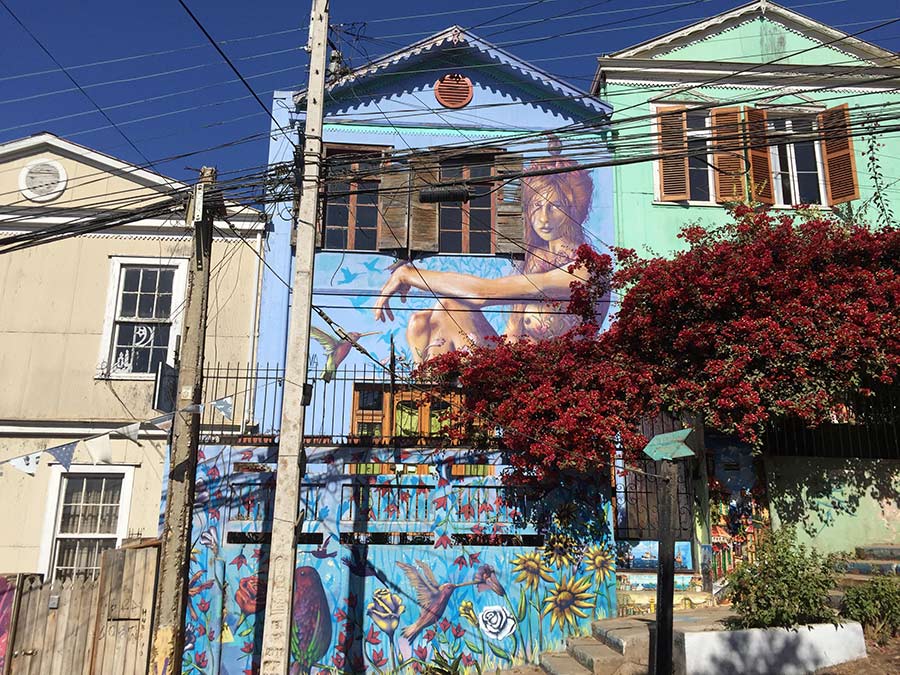 ….all day looking at beautiful murals

On our walk through parts of Valparaíso – one of the main seaports in Chile, which received an influx of immigrants from England, Germany and Italy in the 19th century – we saw the works of many different artists and we got a glimpse into the workings of the local street art scene. Topics picked by artists are often political or they reveal something about the country’s history or the artist himself/herself. 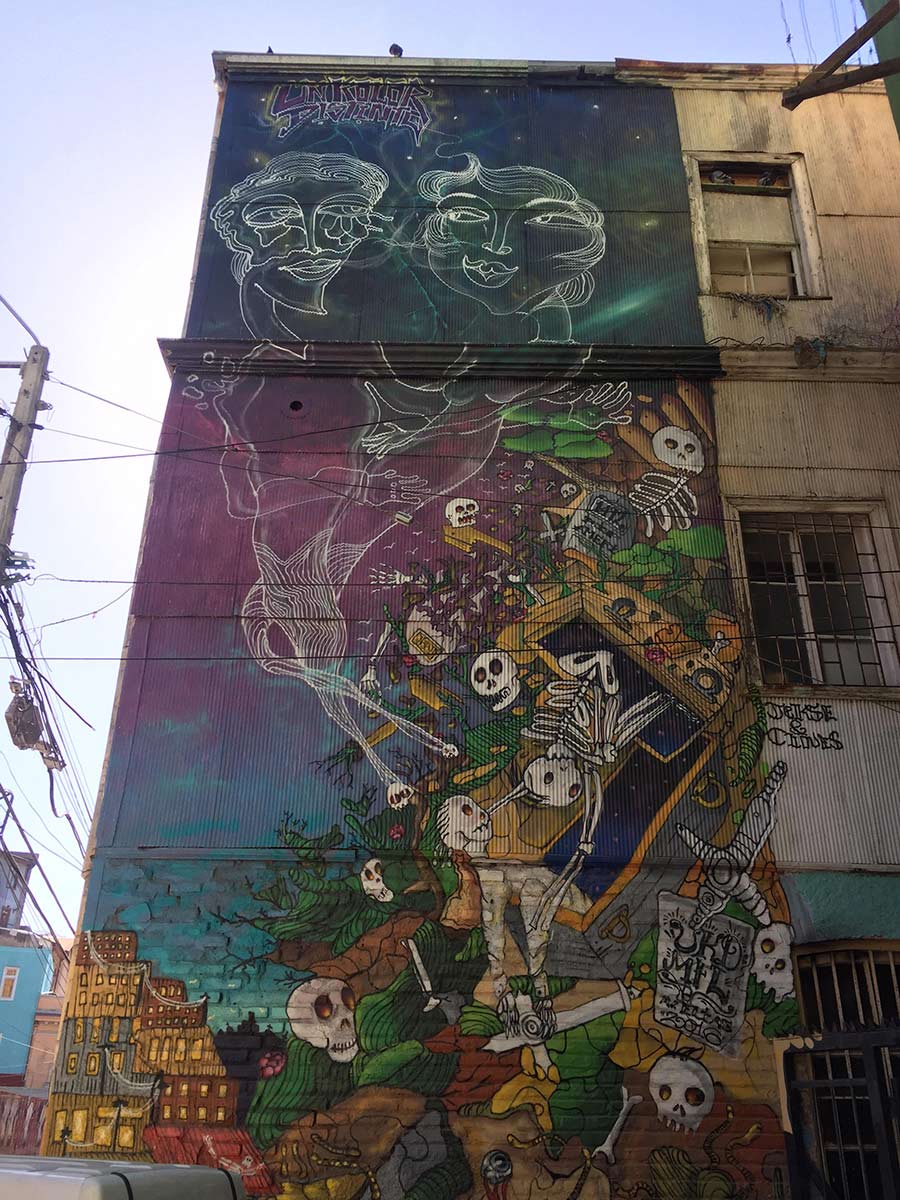 INTI CASTRO also enriched the city with his art

In 2003 Valparaíso was declared World Heritage Site thanks to its picturesque hills surrounding the harbour, its historical importance as well as its unique architecture, which consists of an eclectic mix of colourful 19th century, colonial style houses.

It’s also the birthplace of political figures like Augusto Pinochet, general, politician and dictator of Chile between 1973 and 1990, as well as Salvador Allende, Chile’s first socialist president, who committed suicide during a 1973 military coup. 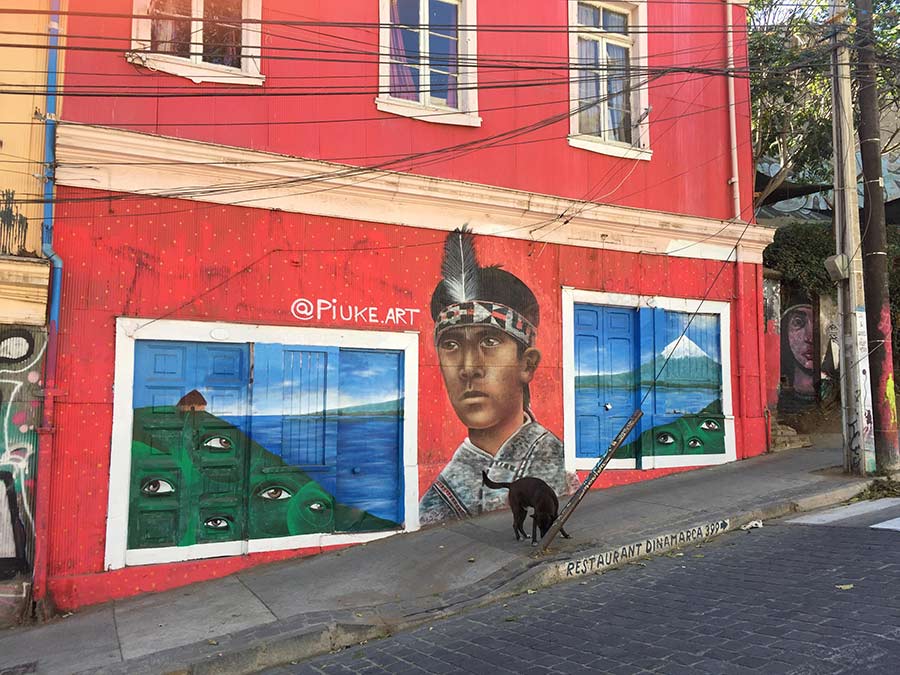 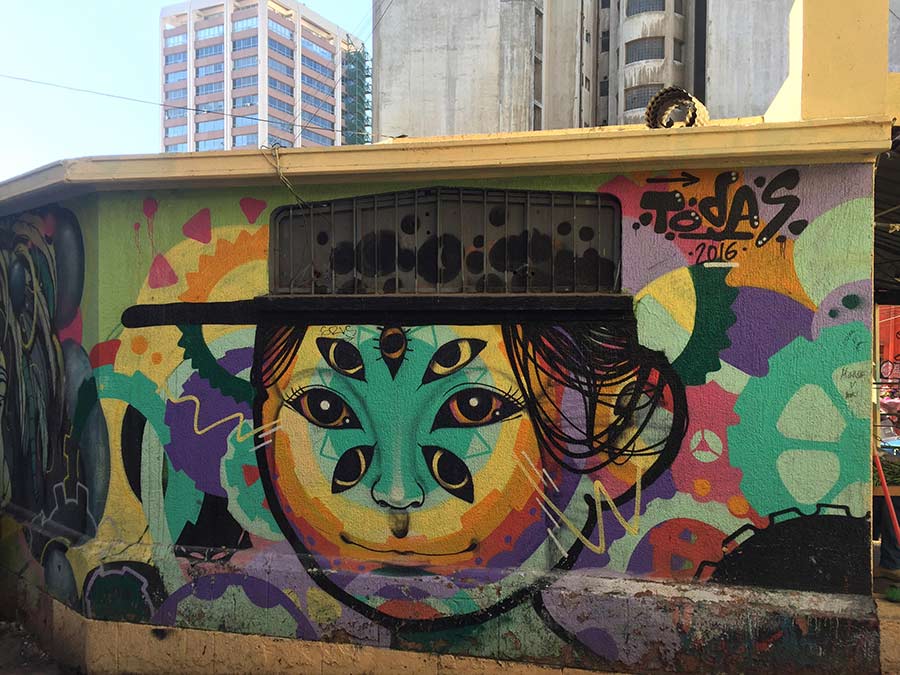 ANIS is a female artist, whose works can be found in Valparaíso

One of the residences of the famous Chilean poet-diplomat and politician Pablo Neruda, La Sebastiana, is located in Valparaíso, and Nicaraguan poet Rubén Dario also called Valpo his home.

Getting to know a city via its street art

Walking through a city and getting to know it via its street art gave us incredible insights into the country’s history with pieces about political leaders, the role of women as well as the treatment of indigenous peoples. In addition to that, we saw some more light-hearted pieces telling romantic stories about the artists themselves or talking about certain areas of the city.

Often, there’s a message the artist is trying to get across 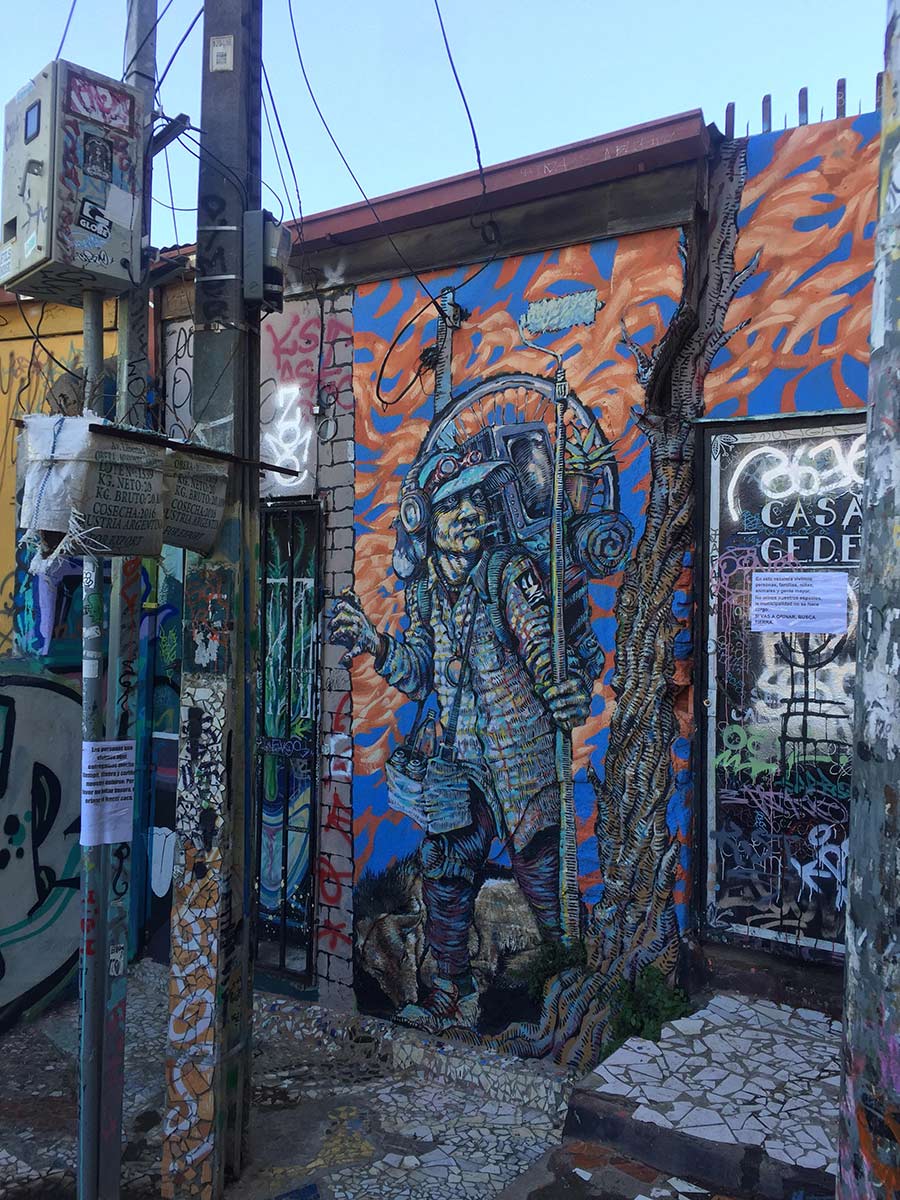 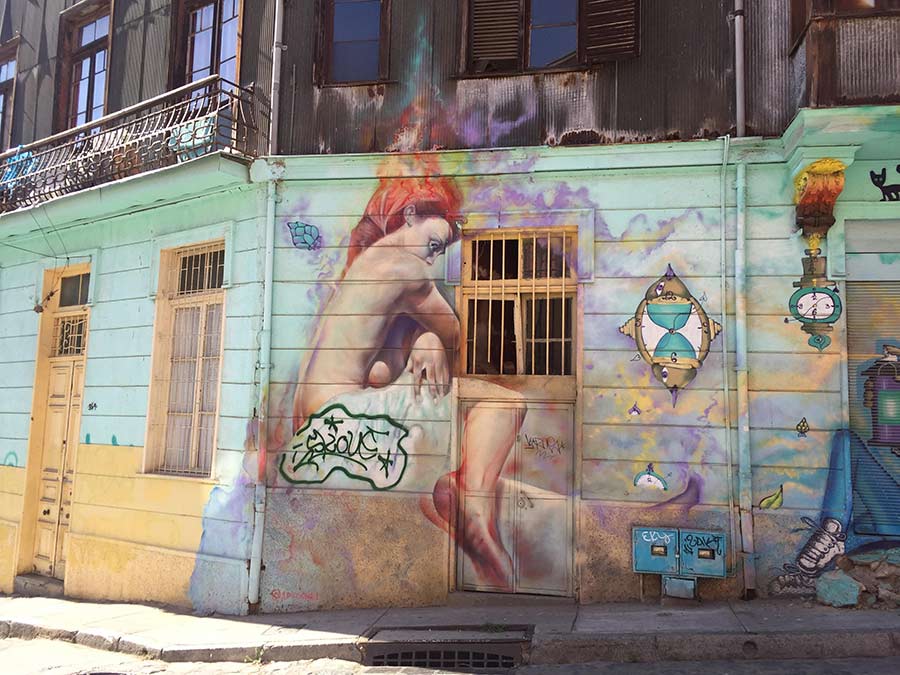 The artwork becomes part of the house

We even had time to ride one of the funiculars, an easy way for locals to commute between their home in the hills and downtown. Some of those funiculars were built as early as 1883, still going strong today, adding yet another layer of quirkiness to this incredibly artistic city.

The funicular that took us up the hill… 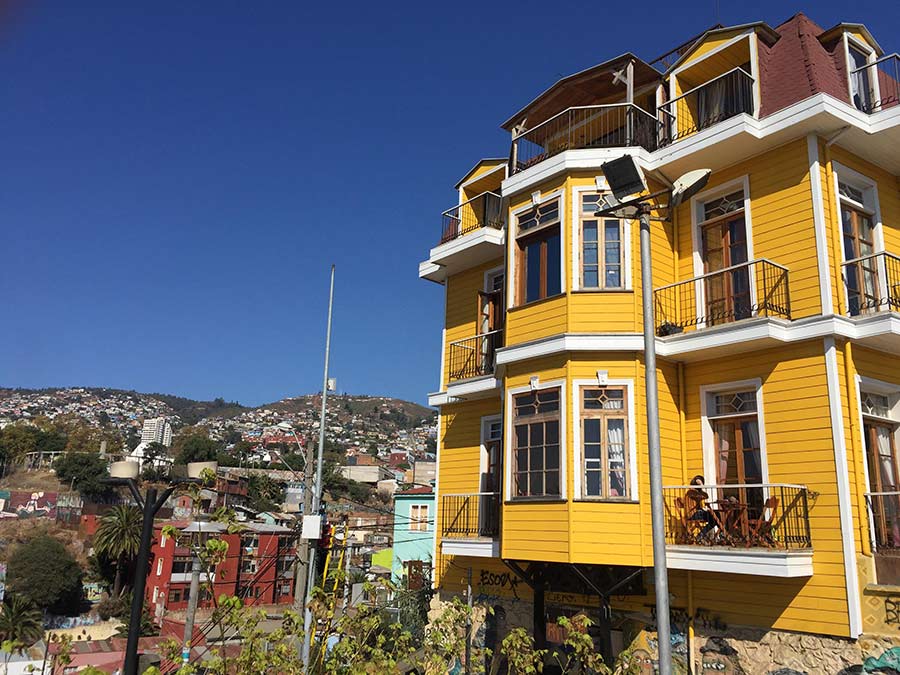 Thanks, Valpo. We’ll be back. 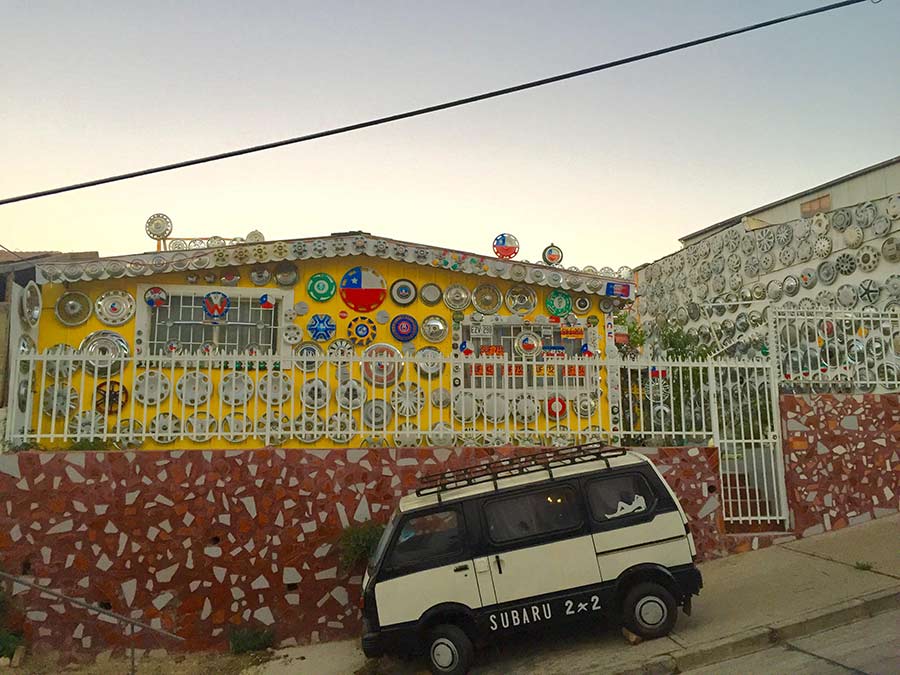 PS: Writing this article was just an excuse to post all these pictures, especially the last one 🙂

Here some information about a few of the artists featured in this article: